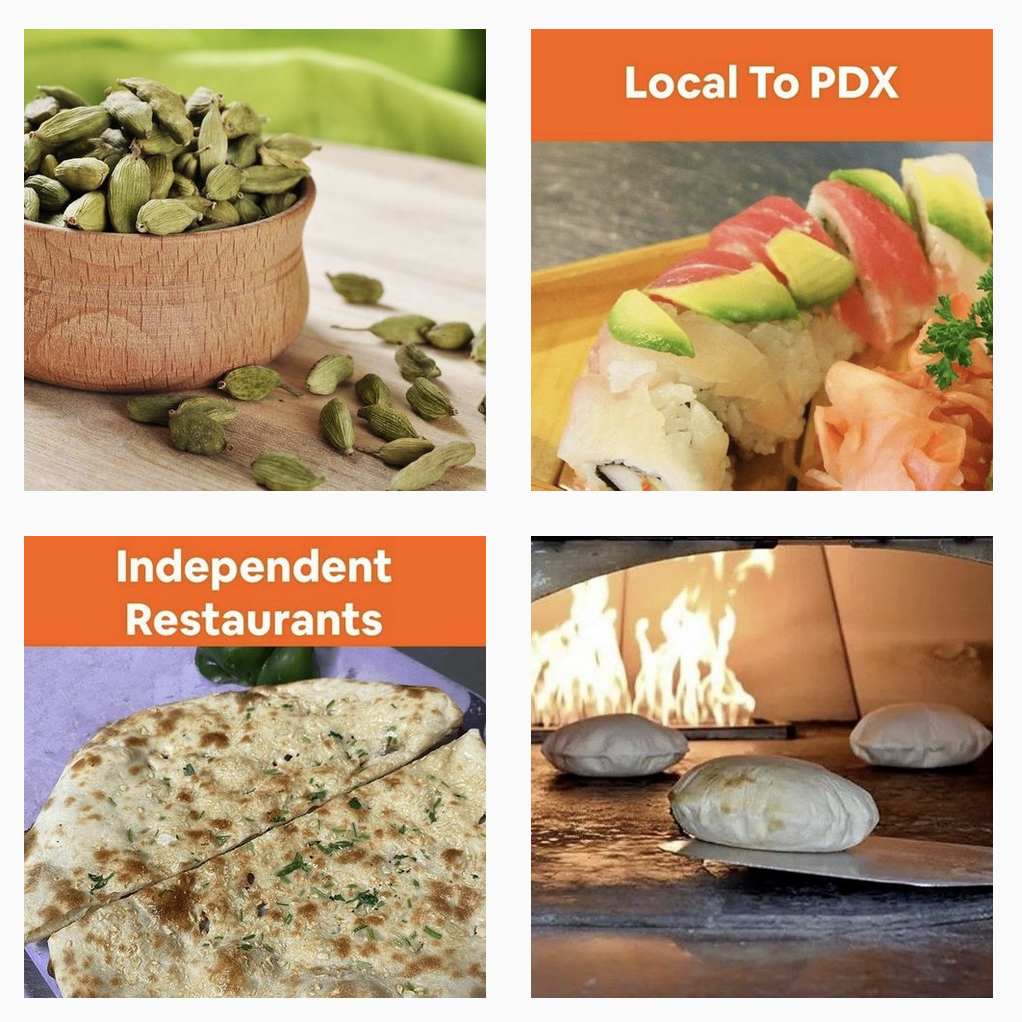 As the pandemic nears its end and restaurants reopen, many Portland restaurants are struggling to reel in old customers and gain new ones. Instagram influencers offer an opportunity for Portland restaurant owners to reach the legions of Portlanders who venture out to new restaurants based on influencer recommendations. We have compiled some of the most important Portland Food Instagrammers with links to their foodie-friendly feeds.

From a savory breakfast chicken sandwich to a decadent chocolate mint cake, Ross covers a diverse line of PDX foods in her nearly 50,000 strong Instagram account. As a Portland-born foodie, it’s no surprise Ross knows every nook and cranny of Portland’s food atmosphere. Find Ross as eatrichordietryin on Instagram.

Born in South Korea but spending most of her childhood in Portland, Woo practically understands the insides and outsides of the city. Known as judiaann on Instagram with 10,600 followers, her favorite eatery is Hat Yai for its Southern Thai fried chicken.

When Slate moved to Portland in 2003, the city was relatively small for her, having come from Eastern Washington. Almost two decades later, Slate adores Portland, loving the Italian dishes of Gino’s the most. Find Slate on Instagram as melisslate.

With a meaty following of 13,300 followers, Wu is a blogger, graphic designer and a vegan writer in addition to a foodie. Her account displays the tasty non meat alternatives to many meals in Portland which many couldn’t imagine would exist, such as vegan cheesesteaks. Find her as waz.wu.

Even though Joffe has only recently become a Portlander (seven years ago), she has quickly warmed up to the restaurants here, appreciating 180 Xurros and Proud Mary the most. Follow her Instagram account foodie.passport to see her mouthwatering posts of various dishes worldwide.

Stylist and writer Kari Michelle Young displays a savory array of Portland dishes on her account karimichelleyoung to her 75,000 followers. Although most of her photography involves protein heavy meals, Young also photographs the delicious vegetarian meals PDX has to offer.

Okazaki’s a seasoned Portland foodie, basically royalty amongst Portland Food Instagrammers, having spent 43 years of his life here. And in that timespan he has found his favorite places Castagna and Han Oak and amassed nearly 14,000 followers on Instagram as garythefoodie.

Although a Chicagoan before moving to Portland in 2008, Laskey has dedicated her account to showcasing the vast array of delicious foods Portland has to offer. Join her 2,500 followers on Instagram where she’s known as pechluck.

Originally an Arizonian, Radomski has quickly warmed up to Portland’s famous food trucks, especially the food truck Namu. Follower her account jennabeebasics to see not only the Portland foods she has savored but her gardening and cookbook recipes.

A self-described “Portland native,” Seon Hye loves to eat at Bamboo Sushi and Gino’s, like Slate. Follow her account jseonhye to keep up with this veteran Portlander’s foodie chronicling.

Californian Jen Stevenson is also a travel writer, having moved to Portland 14 years ago. Follow her account jenlikestoeat for her vast variety of food photography, including several Asian dishes.

These Canadian sisters comb through a diverse set of Portland foods on their account foodbellypdx, ranging from gnocchi dishes to more elaborate meals such as crab tots and quesabirria tacos. In addition to garnering 15,600 followers on Instagram, the duo are also travel guides.

Oregonian restaurant reporter Michael Russell has lived in Oregon for 12 years and cherishes the Vietnamese soups of Ha VL. Follow his account tdmrussell for a combination of news insight and foodie wonders.

Bostonian Stokes only moved to Portland five years ago but has already become a proud PDX food connoisseur. Her favorite place is MF Tasty Tiny Restaurant and she boasts about 7,000 followers on her account perfectfooddays.

How to approach Portland Food Instagrammers

Be yourself. Be friendly. And be respectful.

Offer to deliver them something special—remember, a positive post from one of these folks and instantly get you on the radar of thousands of hungry Portland foodies. Anything you offer to give them you should consider a marketing cost. Just like all marketing costs, some will pay dividends, and some won’t. That’s just the way the cookie crumbles.

If you don’t receive the coverage you want or any coverage at all, don’t react negatively, either in public or in private. These are busy people doing this work because they love food and love helping new restaurants be found. None of them actually make money off of their activities. Remember, these folks don’t owe you anything. Again, be kind, be friendly, be respectful.

And for other marketing tips, be sure to check out some of other posts!